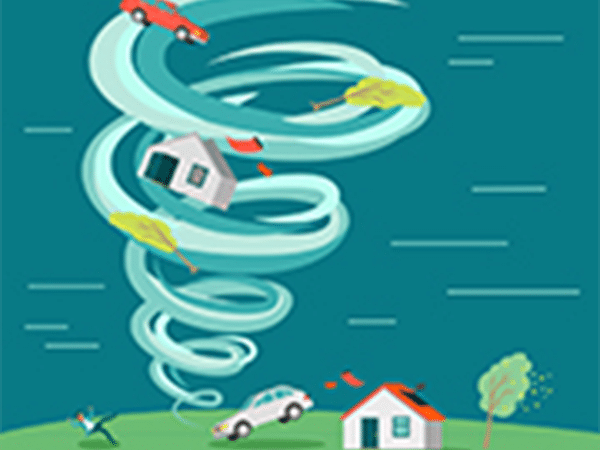 Losing personal property to disaster or theft can be traumatic, especially if it is a home, vehicle, or prized family heirloom. Even though in some cases replacement of lost property is impossible, the Internal Revenue Service provides a means by which theft or disaster-related property loss (also known as “casualty loss”) can be claimed and deducted from annual taxes to help lessen the blow. A tax accountant can be hired to help navigate some of the complex rules that apply to these situations.

Casualty losses relating to a home, household items, and vehicles can be claimed on a federal income tax return if the loss is caused by a national disaster as officially declared by the President. Casualty losses covered by insurance cannot be declared unless a timely claim for reimbursement is filed and the claimed loss is reduced by the amount of reimbursement (or expected reimbursement). Casualty losses can result from any sudden or catastrophic event, such as a hurricane, flood, volcanic eruption, fire, etc. Normal wear and tear does not qualify as a casualty loss.

Casualty losses fall under one of three federally-declared disaster categories: federal losses, disaster losses and qualified disaster losses. The requirements for each loss type vary and can be found on the IRS website by searching “casualty loss.” If the property in question is for personal use or isn’t completely destroyed, the loss that can be claimed is the lesser of either the material change to the recorded initial cost of the property (also known as the “adjusted basis”), or the decrease in fair market value of the property as a result of the casualty. If the property is income-producing and is completely destroyed, the amount of the loss is the adjusted basis. Consult with a tax accountant to help with these calculations.

Theft-related loss can be declared so long as the taking of the property in question is illegal in the state in which it occurred. The amount of theft loss that can be declared is the adjusted basis of the stolen property since the fair market value of property after the theft is zero. There are special provisions made by the IRS for Ponzi scheme-related theft losses; more information can be found on its website.

Both theft and disaster-related losses must be reduced by any salvage value and by any insurance or other reimbursement received or expected. The adjusted basis of property is usually its cost increased by improvements or decreased by depreciation. Fair market value can be assessed by appraisal.

While it is common for casualty losses to result in tax deductions, if reimbursements are greater than the cost or adjusted basis of the property, a capital gain must be reported on the same tax year’s income, unless eligible for postponement or the gain does not exceed total loss for all casualties realized in the same tax year.

Casualty and theft losses must be claimed as itemized deductions on Schedule A (Form 1040). For personal-use property, $100 must be subtracted from each casualty or theft that occurred during the year after salvage, insurance or other reimbursement value has been subtracted. Those amounts must be summed, and from that, 10% of the claimant’s adjusted gross income must be

subtracted to calculate the allowable losses for the year. This process can be simplified by an experienced tax accountant.

Qualified disaster loss may be deducted without itemization, and the net loss does not need to exceed the previously described 10% of the claimant’s adjusted gross income to qualify to be deducted. However, in this case, each loss must be reduced by $500 after salvage or reimbursement value. Casualty and theft losses must be reported on Form 4684, “Casualties and Thefts PDF.”

Casualty losses can be deducted in the year the loss is realized. Importantly, if there is a reasonable prospect of recovering the value of the loss via reimbursement, there is no loss in the eyes of the IRS. For casualty losses resulting from a federally declared disaster occurring where public or individual assistance was provided, the claimant can choose to treat the loss as having occurred in the year immediately preceding the tax year in which the loss was sustained. In this case, the loss can be deducted from the previous tax year’s return.

Theft-related loss can be deducted in the year it is discovered unless there exists a reasonable prospect of recovery via reimbursement. If so, no deduction is available until the taxable year in which it can be determined whether such reimbursement will be received.

If deducted losses exceed the claimant’s income, a net operating loss (NOL) is realized. It is not necessary to own a business to have an NOL from a casualty. More information about NOLs can be found on the IRS website by searching “NOL” or “net operating loss.”